A little disclaimer: The pictures of my face and chin in this review are Free-of-Photoshop. In some instances, you may see certain softening effect of the skin, those are from the preset settings of the camera. I’ve also done some brightening and cropping on some pictures, but this is purely for highlighting certain details of the image. Apart from that, there are no further edits to all pictures, especially the one with me in it. 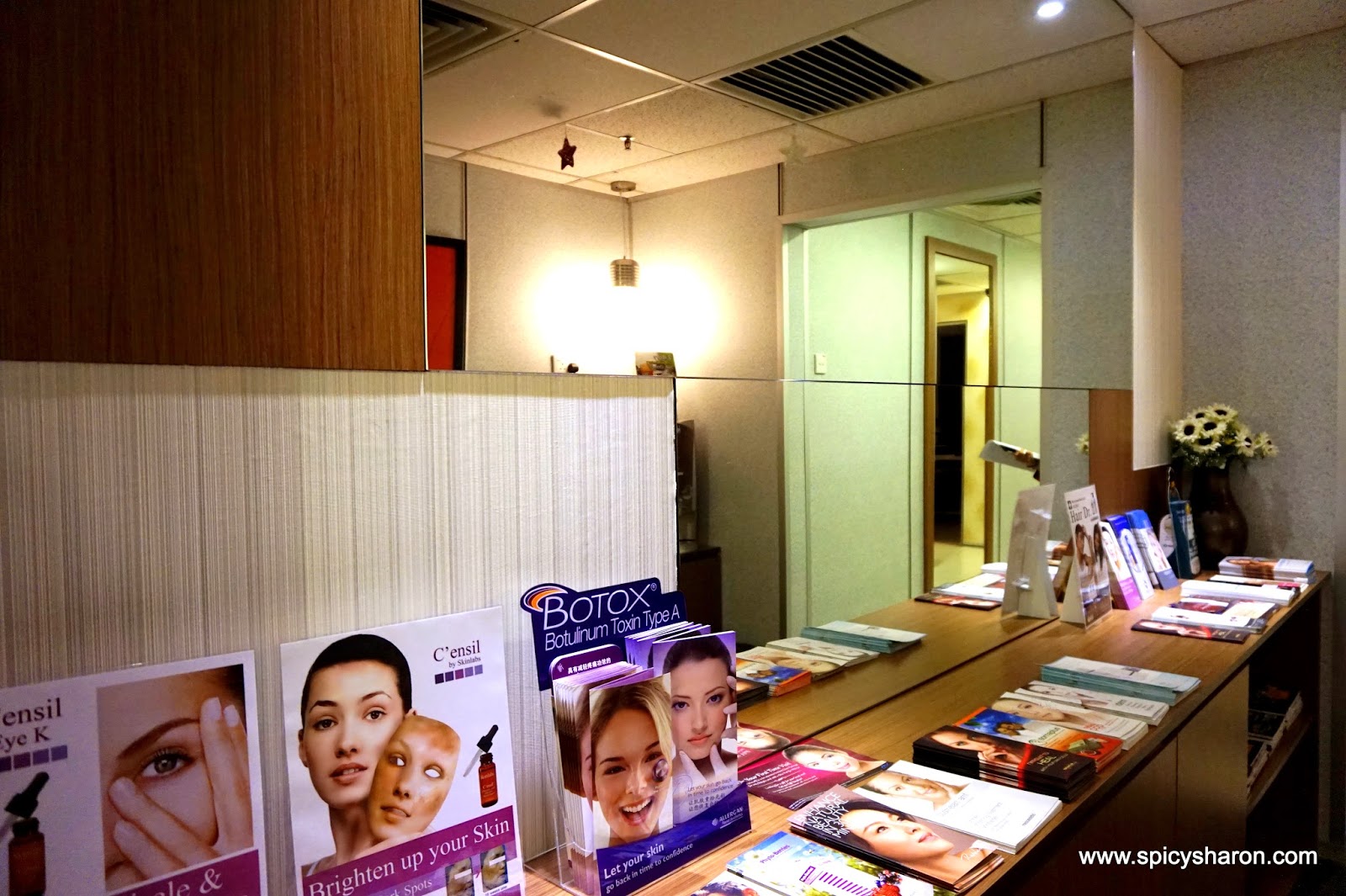 Part of the Mediviron Group of Clinics, Mediviron UOA is the only established aesthetic center that provides aesthetic treatments in the Klang Valley. Do not be skeptical however, the settings of this aesthetic center is vastly different from the typical clinic. A little more of that later.

I was there that day, as part of their blogger program, to review their dermal filler treatment.

As soon as I arrived at mid-noon, I was ushered into the aesthetic premier room. Essentially a holding room for those awaiting treatment as well as post-treatment. The marketing consultant then talked me through the whole process while we waited patiently for the doctor. 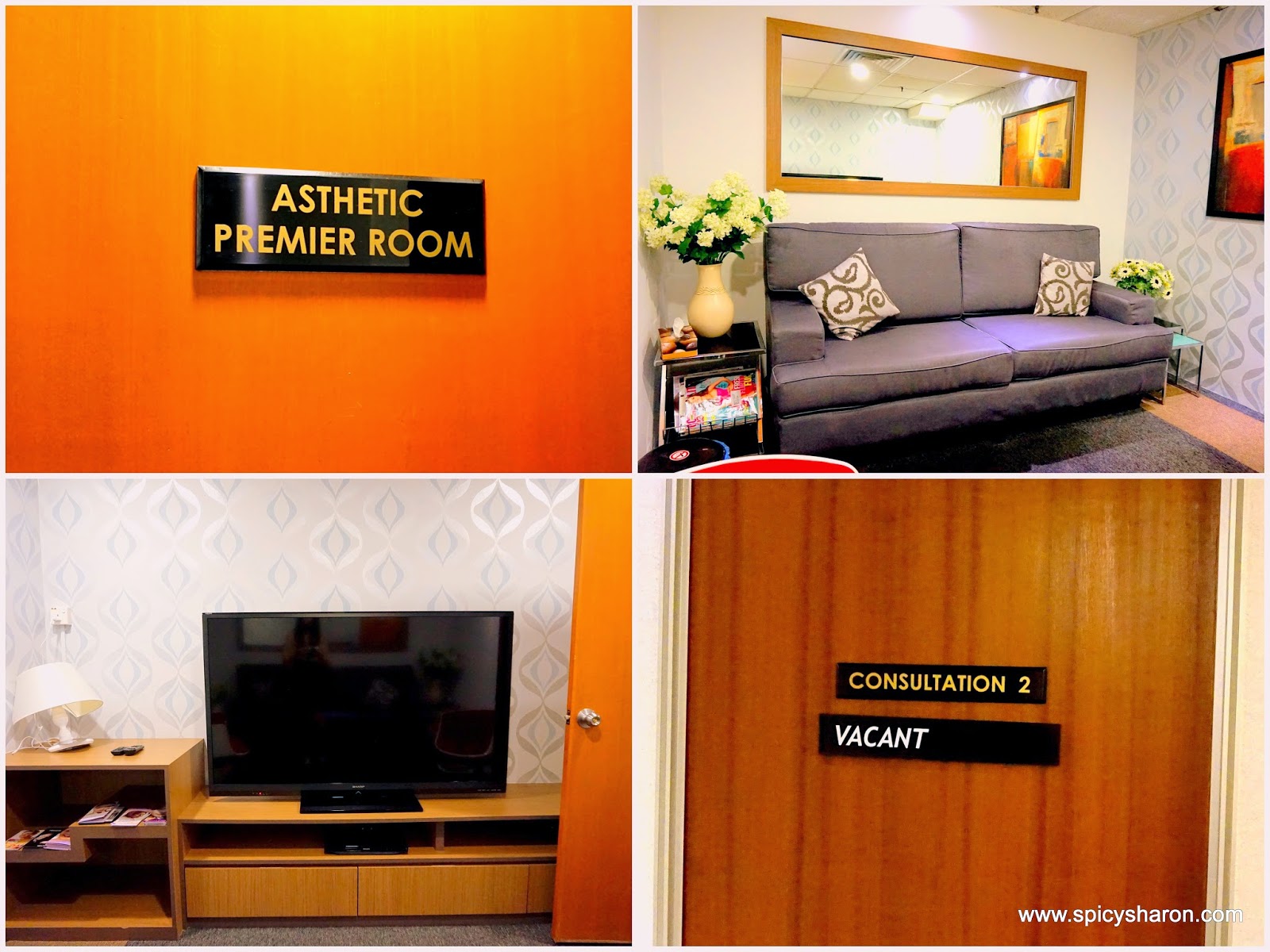 I was quite impressed that a seemingly small center from the outside would be able to house so many rooms inside. There are a total of five treatment rooms, a few consultation rooms as well as a comfortable aesthetic room. 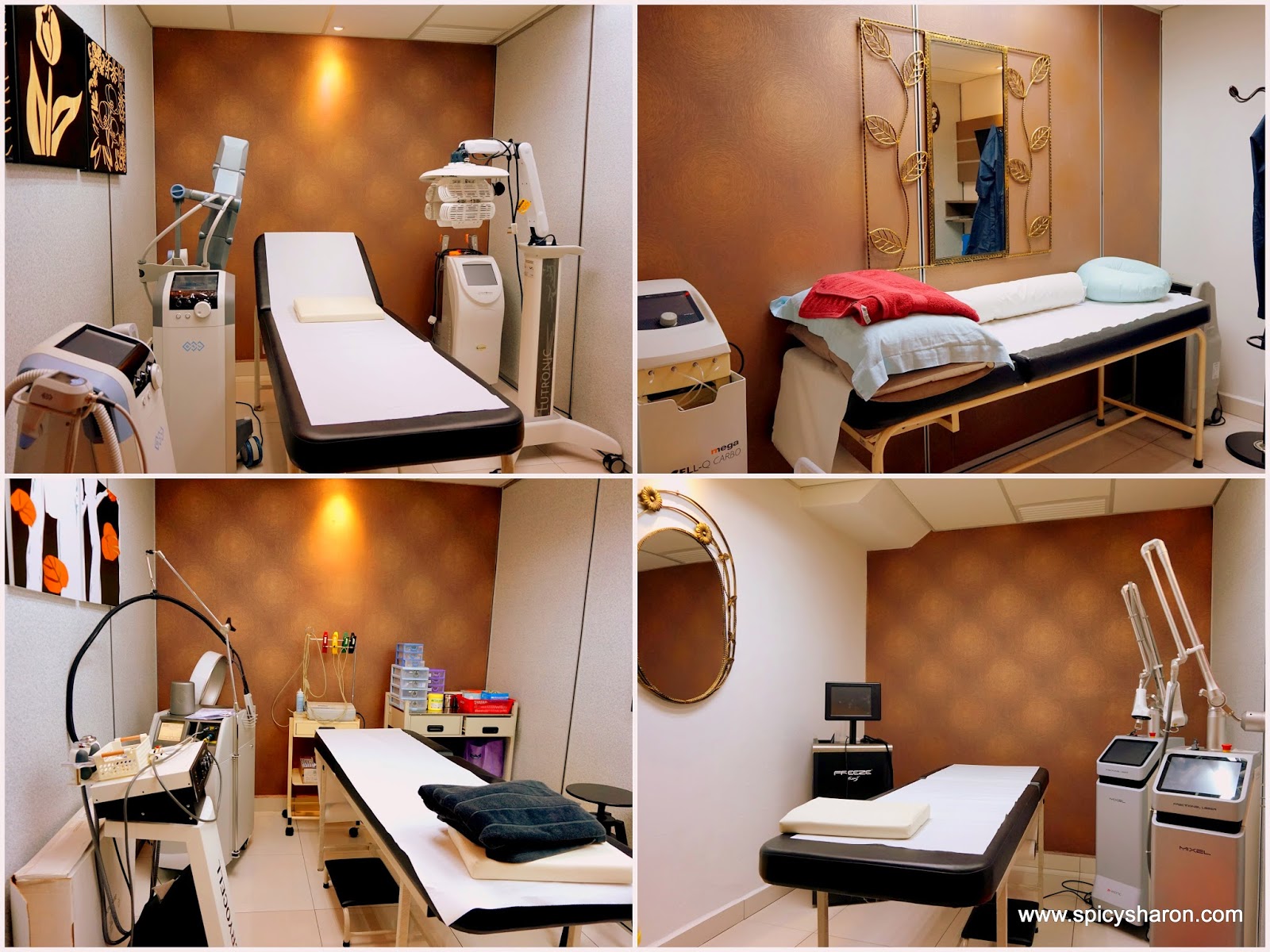 Consultation is an utterly vital part when it comes to aesthetic treatments. Here, at Nexus Clinic, there are 4 full time and experienced aesthetic doctors.

Obviously, you’d want to tell the doctor your preferences and your history of aesthetic treatments done. This is not the first time I have had filler injections. I had fillers injected into my nose bridge some time back, to correct a visible bump and a perceptibly flat nose bridge.

Apart from that visible flaw, I also have an exceptionally short chin, exaggerated by my glaringly round face. I have loads of cheeks but a lack of chin and the only way to create an illusion of a longer face is to have a longer chin. This time round, I though it’d be nice to have a more proportionate face, temporarily. I’ve always wanted a sharper face, though this sounds virtually impossible with my seemingly natural baby fat face. Correspondingly, chin augmentation with the use of dermal fillers. 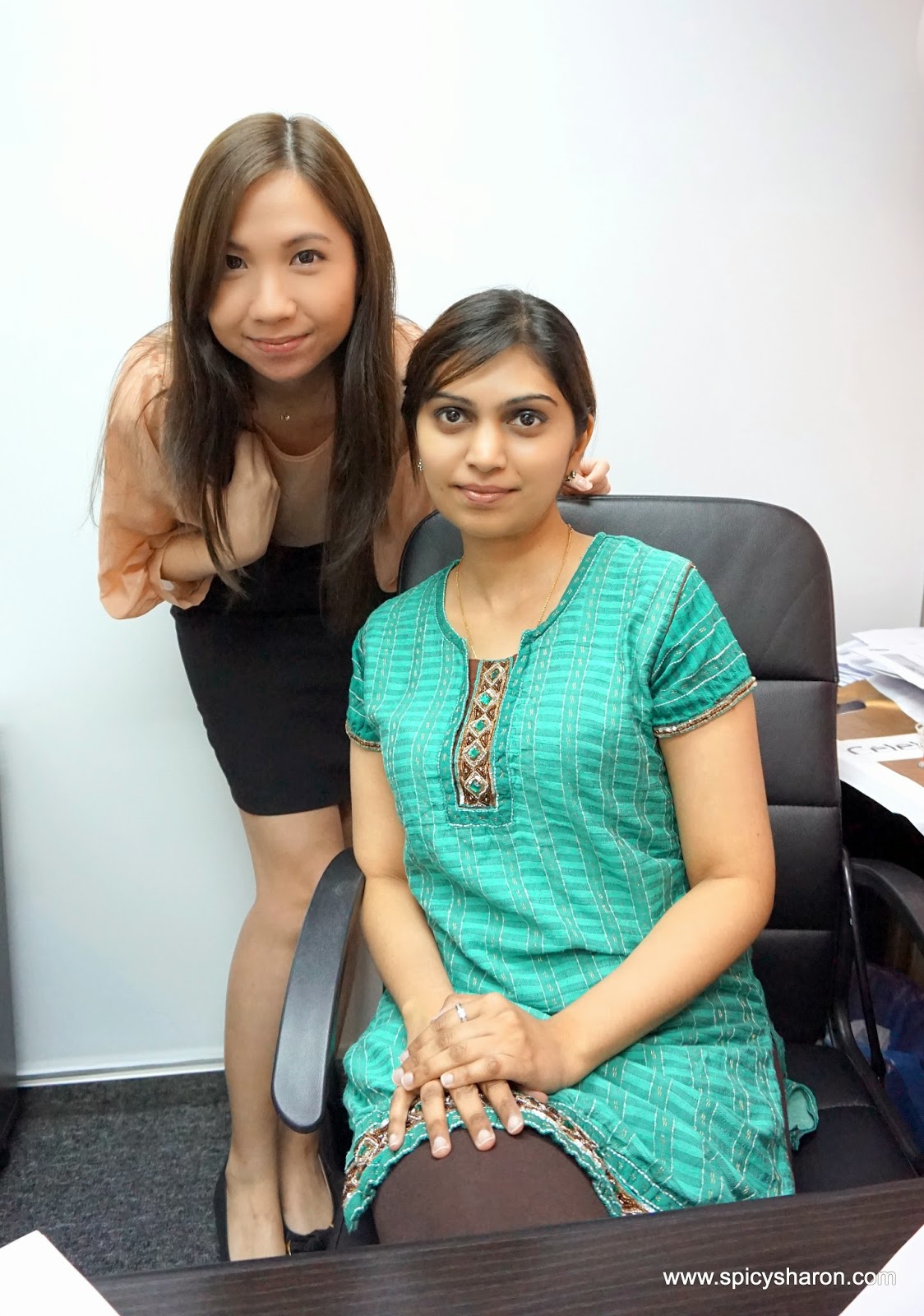 Before I proceed further, you’d probably start wondering what exactly are dermal fillers. So, let me just run you through some of the FAQs of a typical treatment.

What are Dermal Fillers: Dermal fillers are a type of hyaluronic acid used to fill in certain areas under the skin. Most commonly used for correcting parts of the nose, chin, cheeks, lips and even filling in pitted scars and wrinkles. For this treatment, the doctor used 1ml (or 1 syringe) of Restylane dermal filler (Rm1,800).

How long will Dermal Fillers last: Dermal fillers are non-permanent, non-invasive and temporary in nature. It will last between 6-12 months and will eventually be absorbed by the body. To me, dermal fillers will not make major differences to features, but merely minuscule enhancements. When I had my nose bridge corrected, no one pointed out any differences at all. Not exactly a satisfying outcome for me. But of course I had the personal satisfaction of staring at a straight nose bridge for a good couple of months.

Duration of Dermal Filler treatment: The entire duration would typically last between 10-15 minutes. This is excluding the 30 minute numbing-cream process. I opt not to have the numbing cream applied this time round, simply because I felt that it made no difference in pain-levels the other time.

What to expect during Dermal Filler treatment: The doctor started the treatment with drawing 3 lines on my chin. As a guide to ensure that injecting points are aligned to my face shape. The whole process was virtually painless for me, though it would really depend on the sensitivity of the area being injected. Throughout the entire session, the doctor was pinching my chin hard. I only felt the pinch rather than the pain from the needle. Post injection, she then spend another 5 minutes molding the fillers in place. That said, when I had fillers injected into my nose area, that was slightly painful. Even with the numbing cream, I felt the needle at some instances, but definitely bearable on the most part. 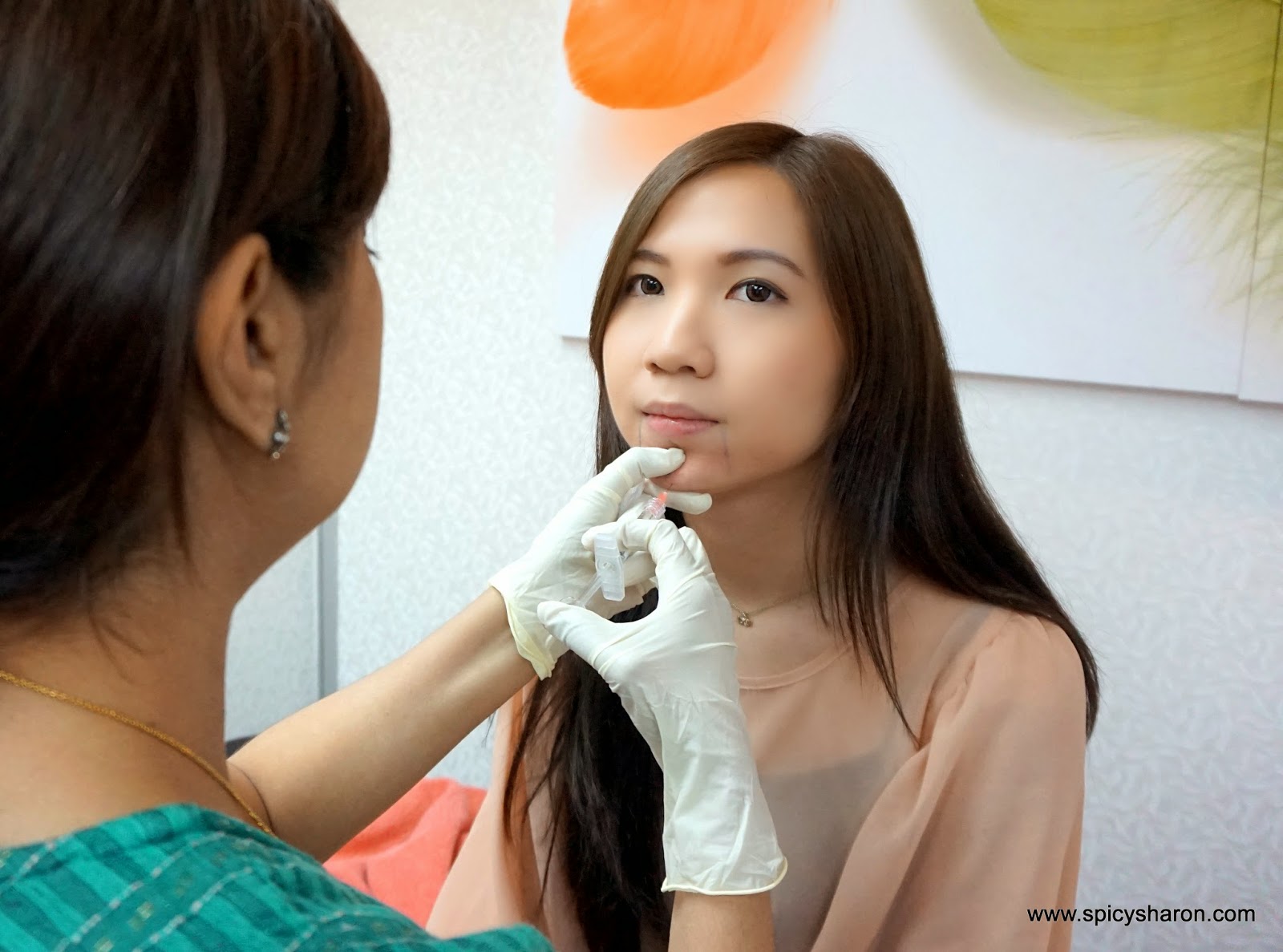 Picture taken immediately after treatment. Notice that my chin is now more prominent and protruding compared to before. (Left) Before (Right) After. 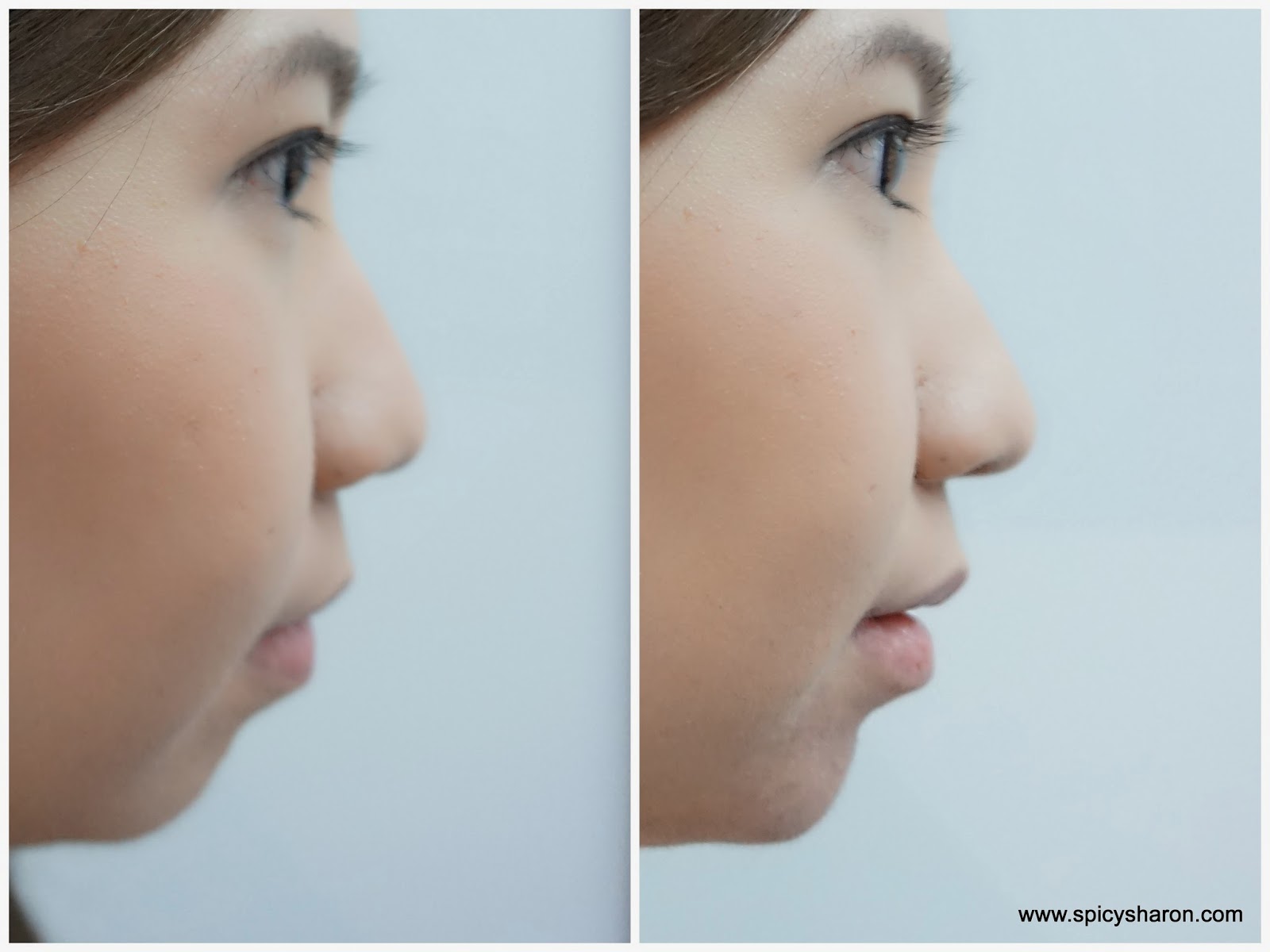 Picture on the Left was taken at Mediviron Clinic prior to treatment. Picture on the Right taken 24 hours after treatment. My face is evidently longer and has a nice and subtle V shape now. 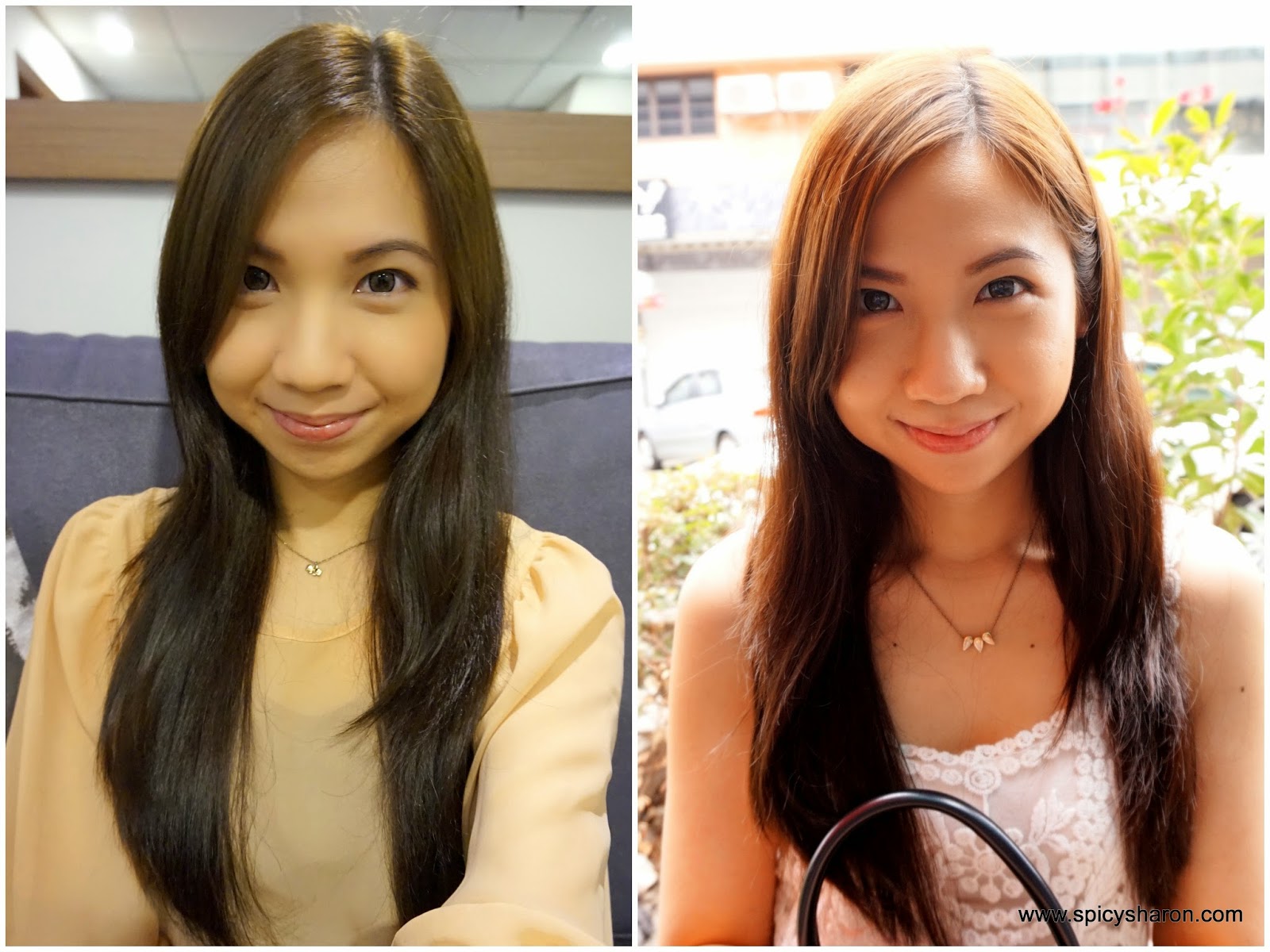 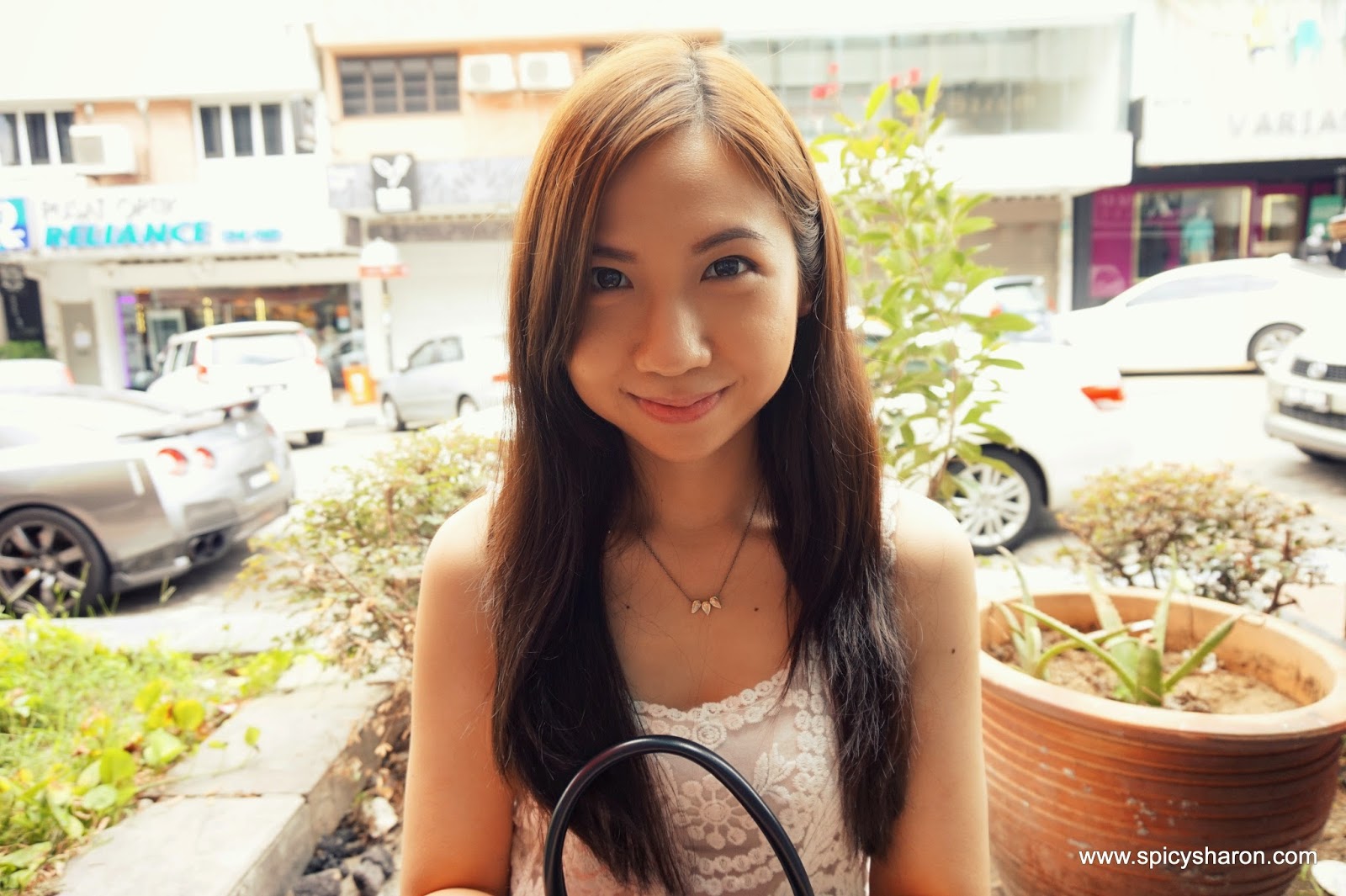 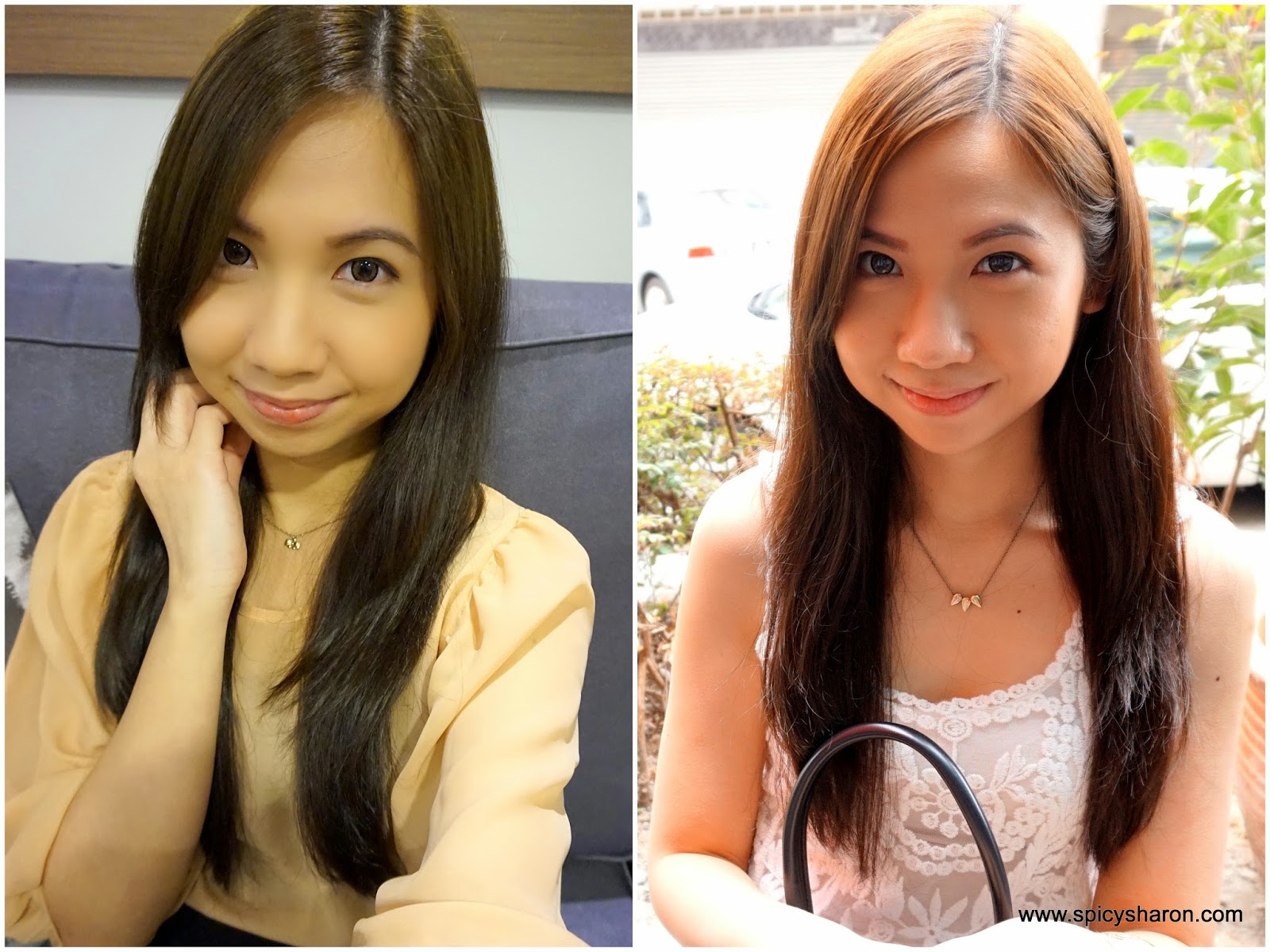 What to expect after Dermal Filler treatment: My chin looked red and swollen and felt numb and sore immediately after the treatment, however, this is entirely normal. The soreness went off after 8 hours but mild swelling is expected for the next 3 days. Avoid pressing hard on the injected area for the next 7-14 days, as the fillers are still very prone to movements during that period. Once the swelling goes off, the injected area would obviously deflate a little, and not be as prominent as before, this is also very normal. As time goes by, the filler will then be absorbed by the body. Hence, it is purely temporary in nature. For the time being, avoid facial point massages, saunas, overload of rigorous exercise activities, etc.

One month after treatment: The filler on my chin has now deflated to about 50% of the initial outcome. The best results was seen immediately after the treatment and 14 days post that. The swelling of the injected area for the first few days contributes to the more prominent outcome initially. After 14 days, the effects of the filler would slowly deflate over time. For me, 2 months would be optimum and 3 months the maximum, before the fillers are absorbed in entirety. That said, this has nothing to do with the services of the aesthetic center, in this case, Nexus Clinic, rather, the nature of dermal fillers itself.

Pretty blogger, Sharon visited our clinic to consult with our doctor about Filler for chin augmentation as she is concerned on her short chin, exaggerated by her glaringly round face and after the treatment, she is happy with the result. 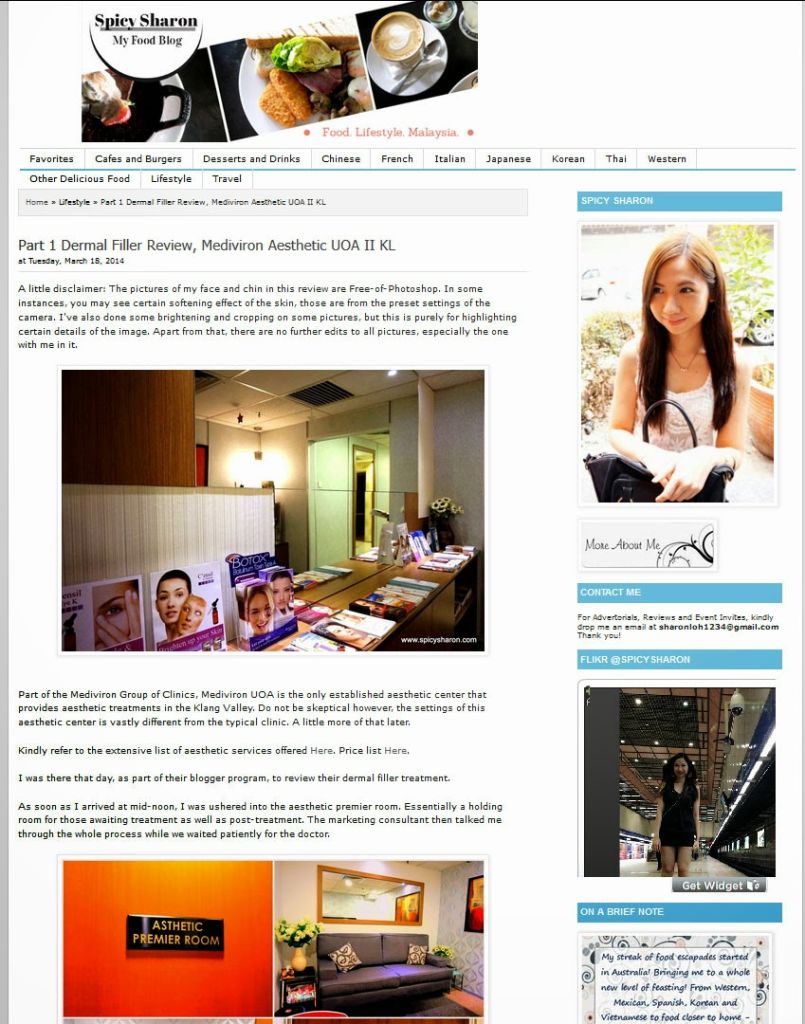 Get A Free Consultation

Drop us a message and we will be more than happy to schedule you for a consultation with our esteemed doctors or alternatively we will send you a quick quote for the desired treatment.

Need a quick face to face consultation but you’re just too far away? No problem! Provide us with your basic details and Skype ID and you will receive an invitation from us and we can proceed from there.